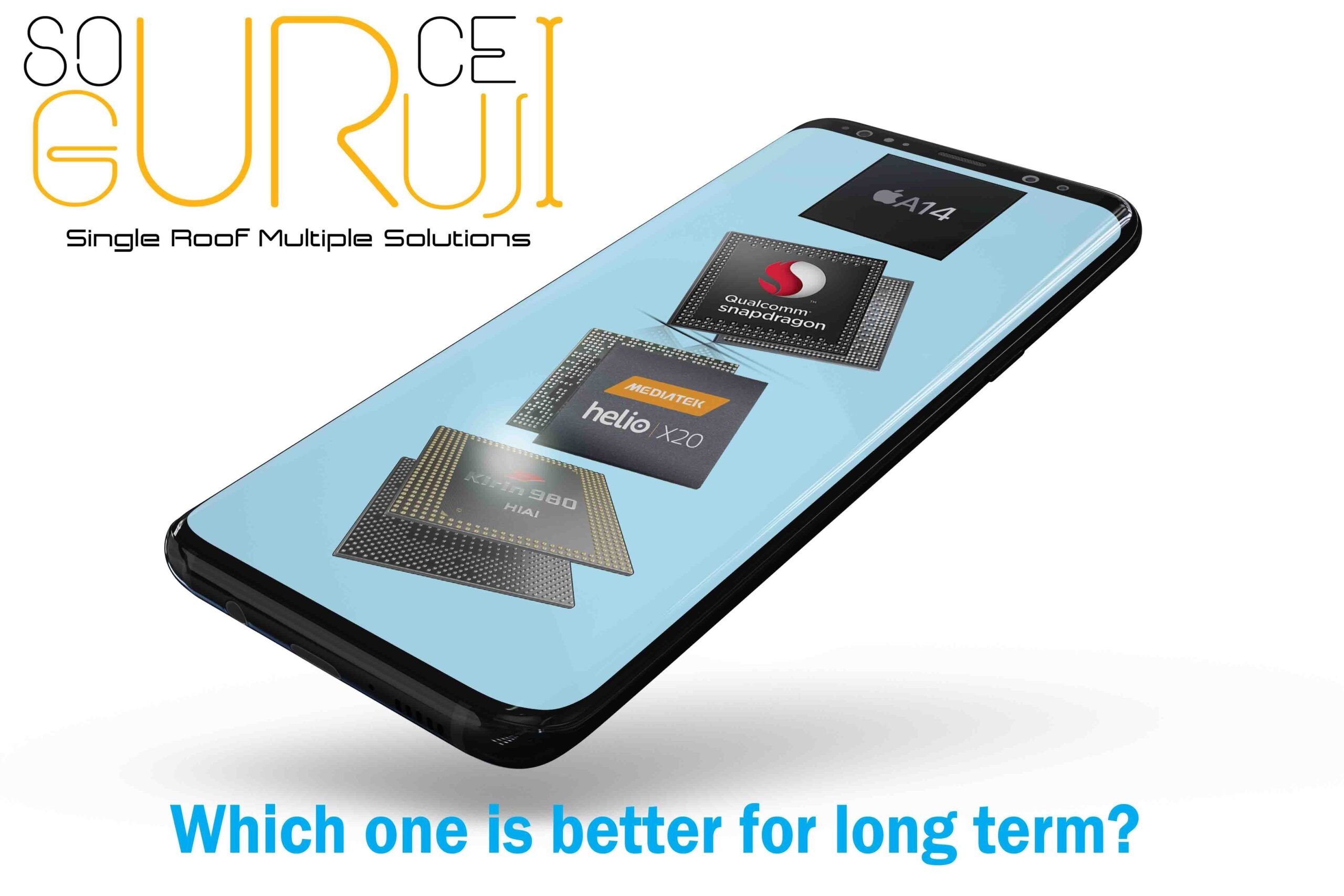 What is a processor?

The processor is the “brain” of every Device either  it’s a computer or smartphone.

A smartphone processor, also known as the chipset, is a component that controls everything going on in our smartphone. A faster and latest processor allows applications to run faster but which processor is really faster?

MHz or GHz is the measurement of the speed of a processor. Anything we do on our smartphone, starting from opening apps, browsing the internet, playing movies or games, all depends on it. The better the processor, the smoother and lag-free experience we will get.

A processor’s performance mainly depends on two specifications. One, the number of cores, and the second the clock speeds it has so the more number of cores means the heavier apps can perform simultaneously.

For example, Qualcomm’s Snapdragon 845 chipset features eight cores, four cores clocked speed 2.8GHz to deliver maximum performance, but the other four clocked at 1.76GHz, for delivering efficiency and consuming less battery but we also need high clock speeds beside of processor core. Besides, CPU  also plays a huge role in gaming performance as we know the GPU is also integrated into the chip itself.

The Apple chipset is a  64-bit (ARM-based) system. It’s the fastest processor available in the market. Currently, the fastest processor is  Apple A14 Bionic. Antutu score of a14 chip is approximate 608096 which makes it on top of all. Apple A14 Bionic is a 6-core chipset. This is a 5-nanometer process technology and it has 2 cores Firestorm at 2990 MHz and 4 cores Icestorm at 1800 MHz. With APPLE GPU Execution units of 4. iPhone 12’s A14 Bionic chip has the highest performing CPU (Both in Single-Core and Multi-Core tasks) and the fastest GPU.

The bionic chip is the most power-efficient chip. It is the first mainstream product that fabricated a 5nm Semiconductor. We know lower nanometer means better performance and high efficiency.

Snapdragon is a Processor of SOC  by Qualcomm based on ARM’s architecture and we know a better processor means better performance and gaming. But also remember high performance sometimes leads to Throttling and Overheating Issues.

Snapdragon chipset is also very popular among all processors . The fastest processor series is Snapdragon 888, Antutu score 703131 which makes it second position after a14 bionic chip.

Exynos processor owns by Samsung and developed by Samsung itself, these are mainly found in Samsung Galaxy devices. Just like Snapdragon & MediaTek SOCs, Exynos Processors use the ARM’s Architecture. The global variants of Samsung Galaxy devices generally use the Exynos series Processors. In the United States, Samsung uses Snapdragon chipset due to patent issues with Qualcomm

Currently, the fastest processor of the Exynos series is the Exynos 1080 with an Antutu score of 641717 and a Geekbench 5 score around 834 / 2874 (Single core/multicore). This makes it to hold 5th position.

Samsung Exynos 1080  an 8-core chipset. That was announced on November 12, 2020, and is manufactured using a 5-nanometer process technology.

Kirin is a series of Mobile SOCs by  HiSilicon Technologies. Unlike Snapdragon and MediaTek, HiSilicon Kirin chips are based on ARM’s architecture. They usest ARM’s CPU Designs (Cortex CPUs) and GPU Designs (Mali GPUs) in their chipset. In Huawei and Honor smartphones.

MediaTek is a  company from Taiwan and it is one of the smartphone chip makers in the world. It designs SOCs based on ARM’s architecture and Lenovo, Moto, Xiaomi, Oppo, ZTE, Vivo and many other smartphone manufacturers use this processor. MediaTek Dimensity Series is extremely powerful at performance and can give good competition to high-end Snapdragon & Exynos chips.

Apple A14 Bionic is currently the best Mobile Chipset. The Qualcomm Snapdragon 888 comes next, MediaTek Dimensity 1000+ is the next. Next, we have the Exynos 1080 and HiSilicon Kirin 9000 chipsets.

N.B. We used every smartphone which have the above processor. We are not promoting any manufacturing companies. The above content is based on our own opinion so don’t claim us for anything.